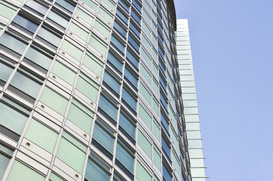 Just a mere bridge crossing from its urban cousin Seattle, the city of Bellevue offers the sophisticated appeal of a major metropolitan area without sacrificing any of its suburban roots. With a population base just over 120,000, Bellevue offers both contemporary high-rise living and serene single-family neighborhoods that have one thing in common – quality of life.

A top-ranked city with a strong, diverse business core

In 2010, CNN Money ranked Bellevue fourth in its “100 Best Places to Live” edition recognizing the city’s low crime rate, proximity to both water and mountains, thriving business core that offers more jobs than residents, and a diverse population. Civic leaders have focused on attracting jobs with high-tech leaders such as Microsoft, T-Mobile, Boeing and Expedia as well as attracting international trade partners due to the city’s consistent ranking by CNN Money of being one of the best places to launch a business.

In its most recent rankings, NerdWallet, Inc. listed Bellevue as number two, just behind San Francisco, for being the best city in the U.S. for female entrepreneurs based on economies represented, education level of the population, and the number of existing businesses that are owned by women.

Bellevue offers an integrated assortment of traditional parks, open spaces, and trail systems that makes getting out into the great outdoors just a step away from your front door.

From its impressive downtown park that hosts civic events including the annual Fourth of July Family Celebration to the breathtaking botanical gardens that celebrate both cultivated beauty and natural beauty, to the series of waterfront parks that give public access to the beaches of Lake Washington, Bellevue offers an amazing system of 162 public parks, trails, and facilities open to residents and visitors alike.

The public trail system celebrates Bellevue’s commitment to maintaining its natural beauty even in the face of development. A series of greenbelts, active partnerships with ten other adjacent cities, and easy connection with the county trail system, gives residents over 50 miles of maintained trails that connect neighborhoods with nature.

In addition, community centers located throughout the city offer community farms and gardens, educational and recreational facilities with curated programs, and environmental learning in some of the city’s most “green” LEED-certified buildings.

A city that takes education seriously

Bellevue’s public school district offers schools that are diverse, rigorous, and are considered the best in the country. In Newsweek’s 2013 list of “America’s Best High Schools” all five of Bellevue’s high schools – Bellevue, Sammamish, International, Newport, Interlake – made the list.

These same schools were also featured in the Washington Post’s list of the 200 most challenging high schools in the nation. Bellevue’s commitment to education stems from the fact that its residents are some of the most educated in the country with 61% of adults 25-years and above holding a bachelor’s degree or higher according to the 2010 U.S. Census estimates.

For more information on the many amenities that the city of Bellevue offers, visit the city’s official website, and for the statistically minded, scan this one-page overview: “Bellevue by the Numbers.”