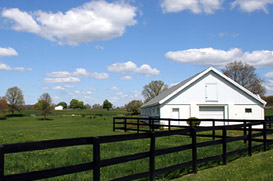 The city of Burlington is located in Skagit County, Washington, US. According to the 2010 Census its population count is recorded to be approximately 8,388 people. It was originally a logging camp, founded by two gentlemen by the name of William McKay and John P. Millet, in 1882.

On June 16, 1902 it was legitimately incorporated. It is most famous for its abundance of shopping malls and possessing some of the best sports fields for youths in the state of Washington.

Burlington, WA is home to the well-documented Cascade Mall. It sits right smack in the heart of Skagit Valley. It opened during the fall of 1989, during the time period when Burlington was praised by the Wall Street Journal as being one of fastest-growing and top investment prospects throughout the United States.

It’s an enclosed 585,362sq.ft single-level structure roughly 60 miles north of Seattle. Cascade Mall is situated near the interchange of State Rt. 20 and Interstate 5. It is owned and operated by the Macerich Company.

Burlington Parks and Recreation is located on East Fairhaven Avenue and here is where one can find where all programs and activities are taking place throughout the city of Burlington including the famous Berry Dairy Days Festival and lots of lots activities for kids. Some of the activities for kids include the KidQuest Camp, sports camps, All Comer Track Meets, Soccer Camps and the newly implemented Tiger Kids and Family Martial Arts sessions.

As mentioned, Burlington is home to some of the best sports fields/parks in all of Washington such as Alpha Park. Alpha is a small triangular shape park on Fairhaven Avenue and Cherry St. in downtown Burlington and is most known for summer picnics and the staging site for the community Christmas tree.

And then there’s Jack Doyle Memorial Park, Jason Boerner Memorial Park, Lions Club Park, Maiben Park, Railroad Park, Rotary Park, and finally the most popular of them all, Skagit River Park. Skagit River Park is located at the intersection of S. Skagit St. and East Gilkey Rd. It has over 20 soccer fields, 24 horseshoe pits and 8 baseball diamonds on 51 acres on land. Restroom facilities and concession stands with covered shelters are also on site.