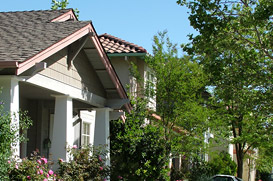 Lynden, Washington is the second largest city in Whatcom County with a population of over 11,000. It was established in 1874, and is located about five miles south of the Canadian border. Residents who own Lynden, WA homes are referred to as “Lyndenites.”

The city of Lyndon boasts a wide variety of things to do and places to see! The Lynden Pioneer Museum allows its visitors to learn about the history of the Northwestern United States. Visitors can discover the history that has built the Lynden community, and take a look at Native American artifacts, view an exhibit detailing the development of transportation, or see recreations of early pioneer living.

Lynden Skateway and the Million Smiles Playground at Lynden City Park are fun ways to burn off some energy.

Lynden also hosts the Northwest Washington Fair each year. Additionally, the city has a variety of restaurants, coffee shops, and bakeries. Both ethnic foods and regional delights give the selection of food in the area lots of variety!

Many shops and businesses in Lynden are locally owned and managed by residents with many years of retail experience, making shopping a unique and pleasant experience. Downtown Lynden features the Dutch Village Mall, recognizable by its large rotating windmill.

A mile to the west of the mall is the Fairway Shopping Center, which features a large array of shopping opportunities, including gift shops, hardware stores, drugstores, restaurants, and banks. The Fair Square Shopping Center has a variety of both retail and professional areas of business, including accounting, picture framing, and spa businesses.

Bender Plaza and the Marketplace at Lynden are also shopping areas located in Lynden.

Lynden has a diverse population within a close knit community. It is the typical small American town with many recreation opportunities, churches, parks, and libraries, making it perfect for family living. Retirees can enjoy the calm and quiet, while younger adults may be able to find work at the many different businesses and opportunities that Lynden offers for employment.

Homeowners in Lynden take pride in their clean and respected town that is well suited towards anyone who is looking for a close knit small town community.

With its wide array of recreational areas, shopping locations, and educational and work opportunities, Lynden is a small town that truly has something for everyone.