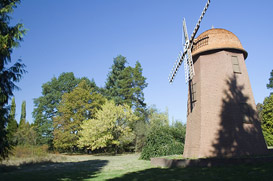 The city of Redmond is located in King County, Washington, US only 16 miles east of Seattle. According to the 2010 Census it is recorded to be approximately 54,144 inhabitants in Redmond. This is an increase of nearly 10,000 people from the year 2000. It is classified as a predominately suburban area.

Redmond is most notable for being name the Home of Microsoft. It has a yearly bike race that has earned it the title, “the bicycle capital of the Northwest”.

The weather in Redmond is nothing unusual. The warmest time of the year is in August with the highest documented temperature being recorded as 103 degrees in 2009. The coolest time of the year is during the month of January with the lowest documented temperature being recorded at 10 degrees in 1990. The majority of precipitation usually takes place during the month of December.

Based upon the 2010 Census, there were well over 54,000 people living in Redmond, over 22,000 households and roughly 14,000 families. The racial makeup of these figures consisted of 65% White, 25% Asian, 8% Latino/Hispanic and 2% African-American (these percentages are rounded off to the nearest 10th).

The two high schools are Redmond High School and STEM School. There are three private schools which offer secondary education. Overlake is a private school on a secular level. Bear Creek is a primary and secondary Christian-based school, then there’s the Conservatory High School for performing arts.

Outside of the Lake Washington School District there’s also the Northshore School and Riverview School Districts proudly serves some Northern and Eastern segments of Redmond.

Redmond currently has 23 public parks residing on over 1000 acres of land. Most are neighborhood parks with sports fields, courts and picnic areas. Ironically, the largest park in the city limits (Marymoor Park) isn’t own by Redmond and it’s the most popular park in King County.

It also has over 17 miles of land for horseback riding, bicycling and hiking, in the form of connecting trails (Sammamish River Trail, Puget Power Trail, the Burke-Gilman Trail and the East Lake Sammamish Trail.